Not sure where to start?

A thoughtful conversation is always a good first step.

Use the form below to reach out or to tell us about your needs. We look forward to connecting. We do video conference alls or face to face coffee meetings equally well.

Thank you for contacting us!
You will receive a reply from Differly as soon as possible, usually within 2-4 hours.

Close this message
Oops! Something went wrong while submitting the form.

Five Attributes Required to Lead in the Digital Economy 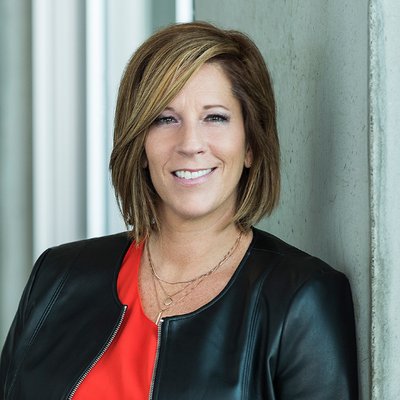 What does it mean to lead in an age of rapid change and disruption? Although we’ve been leveraging technology for decades, organizations are still grappling with being digital. As we’ve seen with many technology projects gone awry, technology alone does not make an organization digitally adept.  More than ever, the cultural shift, the capabilities and in particular, the changes required in leadership styles are the true barriers.

If you think about the environment in which leaders operated less than a decade ago:

Fast forward to the last five or six years in particular, and the world is more than ever:

The organizations that are thriving in the digital economy are mirroring these five attributes not only in their business models but in the processes they’ve adopted and the leadership style of their management teams.  Older or incumbent organizations and institutions must adapt to face these changes in environment, business models and operating models. As such, we are telling seasoned leaders they must now collaborate (inside and outside the organization), innovate and iterate (often), create and co-create (with competitors, vendors and customers) and while doing so, fail fast so we can all learn from their mistakes!  This is not simply a technological challenge, it’s a cultural and mindset shift.

As many studies have now shown, businesses that redesign their organizations while also investing significantly in technology, are those that will outperform the competition.

Browse our library of free downloadable resources including valuable templates, tips and methodologies that you can put into action right away.

Ready to get started? Book a meeting with us to discuss your needs and we'll go from there. No pressure, no obligations.

How to Implement Change in Your Organization

All successful organizational shifts, digital or otherwise, need leaders who support the change and actively and visibly participate in it. But most importantly, be clear on WHY you are changing and WHAT is changing. Without that clarity, we are missing the foundational blocks for success.

Read More
Shifting Your Association to a Digital Presence

Associations, like all member-based organizations, must continue to adapt, evolve, and consistently evaluate how it creates and delivers value in a digital economy to remain relevant, representative, and influential.

Customers show their loyalty to brands with their spending power. Learn about the 3 steps to take to reboot your customer loyalty efforts.

Fantastic insight shared by Jennifer Batley on the latest Klipfolio podcast on the value of the Net Promoter Score (NPS) as a metric. In particular: --> Where it fits within your customer satisfaction toolbox as a whole --> Why the "total" score matters, but not as much as the upward or downward trend over time --> Why the timing of the question within the customer lifecycle is so important

book a consultation with us
Work, Think, Plan Differently
Differly, Growth through Transformation.

Differly is a digital transformation consultancy based in Ottawa, Canada. We are seasoned practitioners and strategists with a diverse background in strategic planning, digital strategy, data, IT services and marketing, customer engagement, and loyalty.